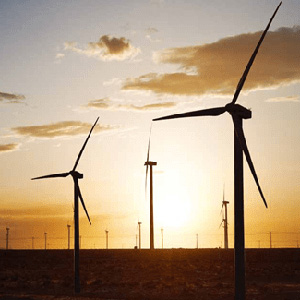 The Rudong Wind Farm was among the first wind farms to be granted a demonstration license by the Chinese government and also the largest one in Asia at that time. The total installed capacity is 100MW. Installation began in February 2005, and the wind farm was connected to the power grid and began generating electricity in 2006. The planned project includes the installation of 50 wind turbines, each carrying an installed capacity of 2 MW. The proposed project with total installed capacity of 100MW will utilize the wind energy to generate electricity, which will be connected to Jiangsu Power Grid and finally to ECPG. The proposed project will achieve greenhouse gas (GHG) emission reductions by displacing equivalent electricity supplied by ECPG, which is predominated by fossil fuel-fired power plants. The estimated annual emission reductions are 173,214 tCO2e. The project contributes to local sustainable development by:
–   Reducing fossil fuel consumption for power generation, avoiding toxic substances such as sulfur dioxide nitrogen dioxide and dust which cause local environmental pollution and acid rain.
–   Accelerating the commercialization of renewable energy technologies and stimulating the growth of the wind power industry in China.
–   The project is expected to employ at least 30 individuals in the daily operation and maintenance of the wind farm and contribute to improving social and economic situations of the area.
–   The project developers are hosting a wind power class in Jiangsu Nantong Engineering Institute, with 30 students participating in the first phase.